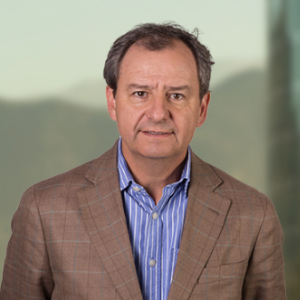 Gerardo joined our firm in 1990, and has been a partner since 1996. His area of practice is Corporate Law, specializing in mergers and acquisitions. In addition, he is an expert advisor and trial lawyer in Competition Law matters. With more than 25 years of professional practice, he has been involved in mergers and acquisitions of more than 50 companies in areas as diverse as electricity, salmon production, and retail, among others. He has participated in some of the landmark antitrust cases reviewed before our courts, including the defense of companies such as Shell, Banmédica, Empresas Emel, Reebok, Unilever, Lefersa, etc. He has also served in different positions in private companies, unions and with the State. He has been a Director of SOFOFA, a Member of the Ethics Tribunal of the Bar Association, President of the Observatorio Judicial de Libertad y Desarrollo, President of Soprole S.A. and Minister of Education of the Government of President Sebastián Piñera.