Proposal contained in the Constitution draft

The proposed Constitution includes substantive innovations regarding consumer rights. Below, we transcribe the proposed articles and offer brief comments about them.

Article 62.- Consumer protection bureau. There shall be a bureau responsible for the protection of persons in their role as consumers and users of goods and services, which shall have interpretative, supervisory, sanctioning and other powers granted by law”.

Article 23. Rights of consumers. Every person has rights, individually and collectively, as a consumer. To this end, the State shall protect, through effective procedures, their rights to free choice, to truthful information, to not be discriminated against, to safety, to the protection of health and the environment, to adequate compensation and reparation, and to be educated for responsible consumption.”

i) Powers given to the authority

The proposed Article 62 establishes a consumer protection bureau, avoiding the well-known name of National Consumer Service (“SERNAC”). This, probably with the intention of opening an eventual re-foundation of the institution.

Regarding the powers that the institution would hold; it should be considered that – currently – SERNAC has limited interpretative and supervisory attributions. Specifically, the criteria contained in its rulings and interpretative circulars are not binding or enforceable. Under current legislation, SERNAC’s interpretations are only binding for SERNAC employees. The debate could be raised, eventually, that constitutional recognition of interpretative powers could imply the possibility that circulars and rulings issued by the agency would be binding for every person and institution.

Furthermore, if the text gets approval, there would be an explicit constitutional acknowledgment of sanctioning powers granted to an authority that has historically lacked any.

In any case, although it is not expressly established, the existence and practical exercise of these powers would seem to depend on legal regulation. Legislative complements or a substantive reform of current legislation would be necessary, particularly regarding SERNAC’s faculties, which are established in the Consumer Protection Law.

The constitutional recognition of Consumer rights is not particularly unusual. Fifty (50) constitutions around the world acknowledge the protection of consumer rights in some kind of way. This recognition is especially noticeable in the Latin American region, where the majority of countries include it in some sense.

Finally, it is stated that every consumer has individual and collective rights. As it is known, the applicability of collective actions has already been widely recognized in these matters, when a shared interest is compromised. The question arises as to the tangible effect that the approval of the proposed text could have.

Article 11.- National Data Protection Agency. There shall be an autonomous bureau that shall watch over the promotion and protection of personal data, with powers to investigate, regulate, supervise and sanction public and private entities, which shall have the attributions, composition and functions determined by law“.

The proposed rule innovates in the following elements:

The approval of the draft would create a constitutionally recognized bureau to promote and protect personal data. The creation of this authority was already planned, being one of the main focuses of the personal data bill currently being discussed and processed in Congress.

If the proposed text passes, the current congressional dispute on whether the Council for Transparency or the National Data Protection Agency would be the proper authority in matters regarding data protection, considering that a specific Agency would be established. Additionally, by establishing the bureau’s full autonomy, the faculties to audit the regulation of personal data- currently held by SERNAC- could be taken form the latter and given to the former.

ii) Powers given to the authority

The bureau would be granted investigative, regulatory, supervisory, and sanctioning attributions. Hence, an authority of inquisitorial nature would be established, which raises questions about its impartiality when determining and sanctioning data processing infractions. In any case, the effectiveness of these faculties seems to depend on future legal provisions, similar to the case of the consumer protection bureau. The data protection bill currently being discussed in Congress includes a procedure to dispute in court the eventual fines imposed by the Agency.

On the other hand, it is curious that the constitutional proposal does not put any emphasis on preventive and educational faculties, which the bill does intend to include. The Constitution draft emphasizes only on the reactive attributions of the (eventual) data protection authority.

Innovation of the proposal

Two bureaus that are not currently recognized in the Constitution would be explicitly established. A consumer protection bureau and the National Data Protection Agency.

It also establishes a series of attributions that these authorities could eventually hold. The exercise of these faculties seems to be subject to the imminent legislative development that would follow if the proposal were approved. Finally, the explicit recognition of consumers’ rights at a constitutional level could imply a series of procedural consequences regarding the protection of these rights. The appropriateness and pertinence of said consequences will have to be assessed as the process moves forward. 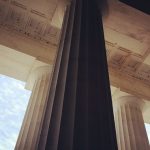 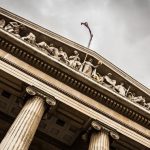 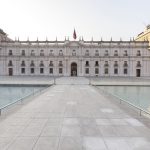 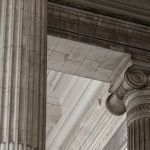